Click here for a version of this Petition to fax
TO THE MEMBERS OF THE HOUSE OF REPRESENTATIVES AND OF THE SENATE OF THE UNITED STATES OF AMERICA:

On Behalf of the People of the United States of America, the Undersigned Scholars for 9/11 Truth Hereby Petitions for, and hereby demands, Release of the Following kinds of documents, video and films, and physical evidence to the public for study by experts and scholars investigating the events of 9/11:

1. Immediate release of the full Pentagon surveillance tapes, of which five frames (only) have been released via the official ASCE report, as Judicial Watch has also requested. We further demand release of the video tape seized by FBI agents minutes after the Pentagon hit, from the fuel service station near the Pentagon, as well as any other videotape which shows the 9/11 strike on the Pentagon.

2. Immediate release of 6,899 photographs and 6,977 segments of video footage held by NIST, largely from private photographers, regarding the collapses of WTC buildings on 9/11/2001 (NIST, 2005, p. 81). In particular, all footage relating to the collapse of WTC 7 (including shots before, during and after the collapse) must be released immediately, without waiting for the NIST report on WTC 7, which is long overdue and may be prolonged indefinitely.

3. An explanation from Vice President Richard Cheney regarding the "orders" described by Secretary of Transportation Norman Mineta in his testimony before The 9/11 Commission. Secretary Mineta stated that while in an underground bunker at the White House, he watched Vice President Cheney castigate a young officer for asking, as a plane drew closer and closer to the Pentagon, "Do the orders still stand?" The officer should be identified and allowed to testify at a deposition under oath.

4. The documents generated by Vice President Cheney's energy task force have been kept from the public. A court case brought forth a few maps that display oil fields in the Middle East. We hereby put Congress on notice that there is probable cause with regard to criminal activities by the Cheney Energy Task Force involving a criminal conspiracy to launch illegal wars and/or terrorist activities. We therefore demand that Energy Task Force document that comprise, discuss, or refer to plans to invade the Middle East, including Iran, and Venezuela or other sovereign nations be released immediately.

5. Audio tapes of interviews with air traffic controllers on-duty on 9/11 were intentionally destroyed by crushing the cassette by hand, cutting the tape into little pieces, and then dropping the pieces in different trash cans around the building. We demand an explanation for this destruction of evidence and ask that the possible existence of other copies of such tapes or perhaps of written transcripts of the interviews be pursued. All air traffic controllers on-duty on 9/11 should be allowed to testify during a public forum under oath.

6. The Secret Service, which is highly trained to protect the President from danger and to move him to a secure location in the event of a threat, breached its own standard procedures by allowing President Bush to remain at a public location for 25 minutes after it was known that the nation was under attack. All Secret Service personnel who were at Booker Elementary School with President Bush on 9/11 should be required to testify in public and under oath about these events.

7. On the morning of 9/11, some five "war games" or "terror drills" were being conducted by U.S. defense agencies, including one "live fly" exercise employing aircraft. These drills reportedly included the injection of false radar blips onto the screens of air traffic controllers. In addition, the government was running a simulation of a plane crashing into a building the morning of 9/11. Who was in charge of coordinating these war games and terror drills? Who had the ability to issues orders in relation to their conduct? On which screens were "false radar blips" inserted? When did such false injects commence? When were they purged from the controllers' screens? What was the effect of these activities on standard procedures for interdicting hijacked aircraft?

8. It has been reported that the FBI long ago found three of four "black boxes" from the two airplanes which hit the Twin Towers, yet has consistently denied that they were ever found. Their data would be of the greatest importance to understanding the events of 9/11. This matter must be investigated and the data they provide released to the public.

For each of the four sites under investigation, the 9/11 Commission reported that two Boeing 757s, and two Boeing 767s (FAA, Part 121, airliners) owned by United Airlines and American Airlines were hijacked by novice pilots and were subsequently crashed, resulting in an unimaginable loss of life. Approximately 3,000 people died the morning of 9/11 as the direct result of these officially reported hijackings and subsequent crashes.

These four scheduled airliners were reported to have carried a total of 266 passengers and crew members, which, under FAA and NTSB regulations, demands a comprehensive investigation of the primary and contributing causes of each. In the case of suspected criminal foul play, the NTSB would normally assign the lead investigative role to the FBI, with assistance of investigators from the NTSB and FAA. A comprehensive investigation of each aircraft crash is not a regulatory option: they would have been mandatory. Therefore, we demand public release of each comprehensive crash investigation report, including access to all physical evidence that was required to have been collected and secured at a suitable facility. Such evidence should have included a large assortment of indestructible parts, including landing gears, surface actuators, engines, black boxes, and so on. The serialized parts would be invaluable in identifying each aircraft and, contrary to some reports, could not have "vaporized" upon impact.

Considering the enormous loss of life and financial collateral damage, if no crash investigations were conducted, who made the decision to disregard the FAA, Part 121, regulatory requirement? In the absence of the Part 121 investigation reports, the identity of the responsible authorities who made the decision not to investigate must be released, and they should be made immediately available for deposition under oath.

9. In the weeks before 9/11, the US Stock market showed rather high levels of activity on companies that would subsequently be affected by the attacks. The afternoon before the attack, alarm bells were sounding over trading patterns in stock options. A jump in United Air Lines some 90 times (not 90 percent) above normal between September 6 and September 10, for example, and 285 times higher than average the Thursday before the attack, have been reported. A jump in American Airlines put options 60 times (not 60 percent) above normal the day before the attacks has also been reported. No similar trading occurred on any other airlines appear to have occurred.

Between September 6-10, 2001, the Chicago Board Options Exchange saw suspicious trading on Merrill Lynch and Morgan Stanley, two of the largest WTC tenants. An average of 3,053 put options in Merrill Lynch were bought between Sept. 6-10, compared to an average of 252 in the previous week. Morgan Stanley, another WTC tenant, saw 12,215 put options bought between Sept. 7-10, whereas the previous days had seen averages of 212 contracts a day. According to Dylan Ratigan of Bloomberg News: "This would be the most extraordinary coincidence in the history of mankind, if it was a coincidence. This could very well be insider trading at the worst, most horrific, most evil use youâve ever seen in your entire life. Itâs absolutely unprecedented."

On September 18, 2001, the BBC reported: "American authorities are investigating unusually large numbers of shares in airlines, insurance companies and arms manufacturers that were sold off in the days and weeks before the attacks. They believe that the sales were by people who knew about the impending disaster".

According to the London Independent, October 10, 2001: "To the embarrassment of investigators, it has also emerged that the firm used to buy many of the 'put' options÷where a trader, in effect, bets on a share price fall÷on United Airlines stock was headed until 1998 by 'Buzzy' Krongard, now executive director of the CIA."

The 9/11 Commission, after looking into the pre-9/11 stock trades, never denied their unusual nature. Instead, the Commission declared that al-Qaeda did not conduct the trades, and asked no further questions.

Who, if not al-Qaeda, performed the incriminating trades? This information exists, it can be easily obtained, and it needs to be made public. Moreover, illegal money transfers may have been processed through computers housed at the World Trade Center before the planes crashed into the Twin Towers on 9/11. We demand a disclosure of the source of the put options and that this whole sordid affair receive a complete and public investigation.

10. Eyewitness testimony and a substantiating photographic record suggest that a large sample of slag from the World Trade Center is being held at Hangar 17 of the John F. Kennedy International Airport in New York City. Access to the slag sample should be made available to appropriate physicists in order to conduct non-destructive X-ray Fluorescence tests and other forms of examination, which should reveal evidence of the cause of the collapse of the Twin Towers. Based on these tests, we further demand two small samples (about the size of a fist) be extracted from this large piece for further scientific analysis.

11. Release of a complete inventory of the plane wreckage and debris from flights 11, 77, 93 or 175 or any other aircraft that crashed or was destroyed on September 11, 2001, including, but not limited to:

12. Release of a complete inventory of any steel, other metal or other material from the World Trade Centers, including, but not limited to:

On behalf of the People of the United States of America, we demand that the cover-up in this case end and that the kinds of documents, video and films, and physical evidence described above be provided to the public for experts and scholars to evaluate and assess in their efforts to expose falsehoods and reveal truths about events on 9/11. 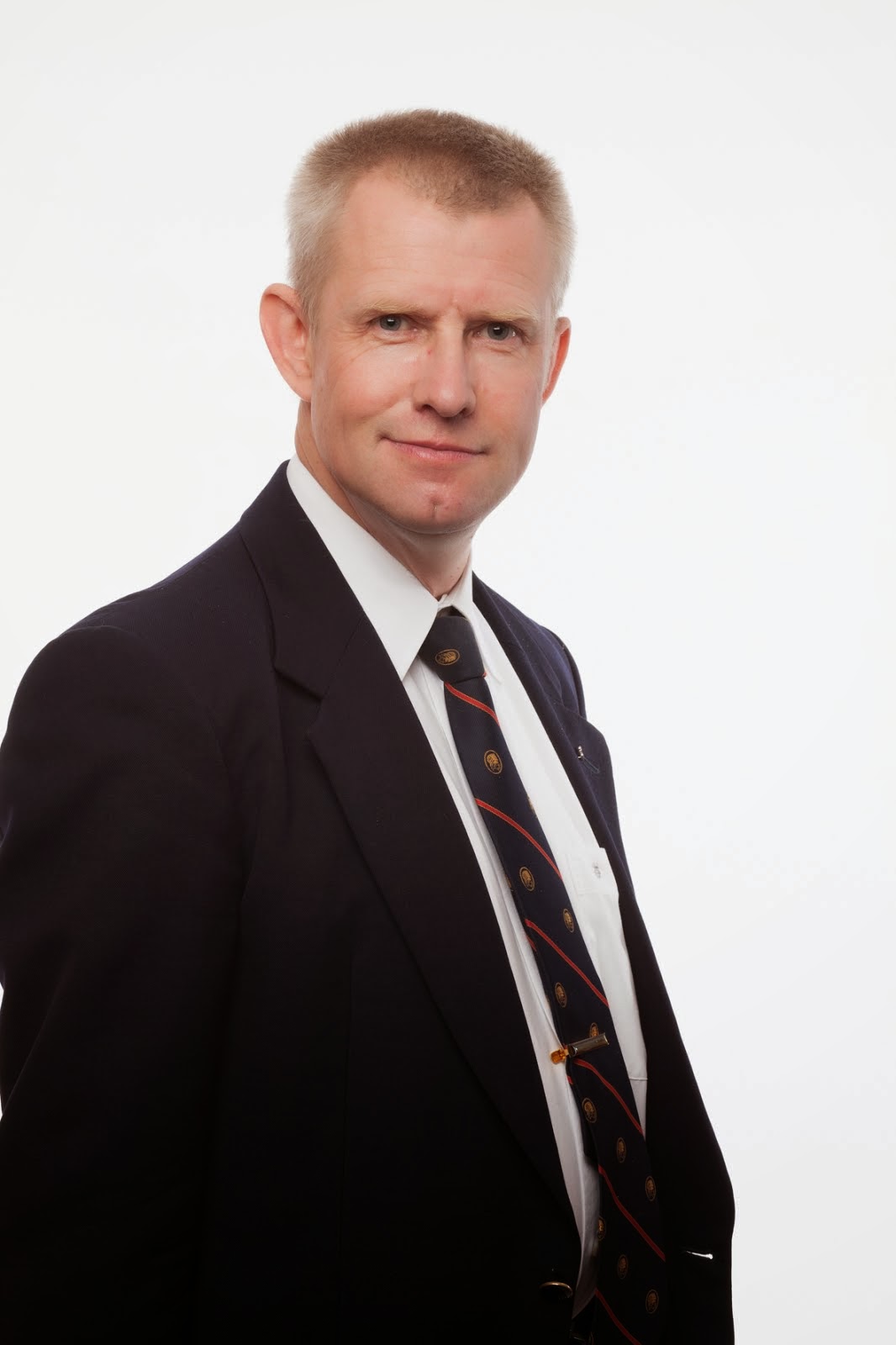